Following the release of Turok: Evolution in 2002, a small team within Acclaim Studios Austin was placed in charge of developing a sequel. However, the project was eventually abandoned in favor of other projects.

The game would have been a direct sequel to Evolution and would have possibly lead directly up to Turok: Dinosaur Hunter with Tal'Set possibly killing Lord Tyrannus. Only concept art and a possible basic plot were made before the project was cancelled.[1] 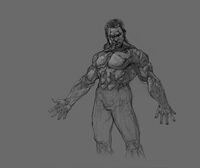 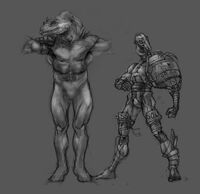 Retrieved from "https://turok.fandom.com/wiki/Untitled_Turok:_Evolution_sequel?oldid=80447"
Community content is available under CC-BY-SA unless otherwise noted.